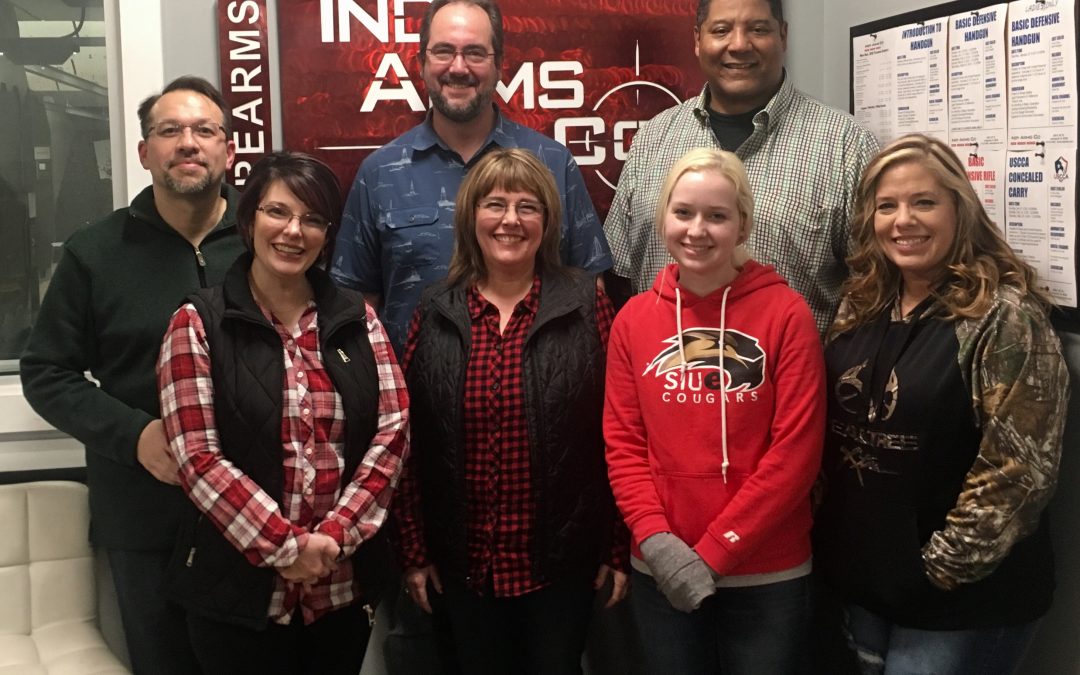 Ladies, men and women of color and/or minority group members, if you’ve been waiting for a sign to be invited to shoot – this is it.  Please join local shooting events.  As a person who works full-time for a global company and focuses on diversity and inclusion in her work, I am especially sensitive to the lack of diversity present at most shooting events!

Here is an interesting fact, though:  some of the fastest-growing gun-buying populations are comprised of those who are female, and those who are racially/ethnically diverse; however, at most major events, that population is woefully under-represented, and here’s the problem with that:  number one, it does not feel inclusive, and number two, it masks who the true firearm audience is.
Let me expand.  If, say, only men between the ages of 30-65 who also happen to be white are the only ones who are present at these events, it perpetuates the image that the only people interested in shooting are people who look like the current attendees.  This could not be further from the truth.  Every day at our home range, I see ages ranging from young (pre-teens with parents), young adults, middle aged adults, older adults, and seniors (in this case, let’s say 70+ years young).  I see women, men, African American, Hispanic and Latino, Asian, Middle Eastern, and other major racially and ethnically diverse groups of individuals.
But the people I predominately see at gun shows and competitions?  Mostly white men.  That in and of itself is not necessarily a bad thing, it’s just not representative of the true market.  Then, when individuals who are anti-firearms (and/or anti-firearms industry) think of the industry, they do not see the gender and racial diversity; they think “older white male.”  And frankly, I can see why they would – because that’s who they see – in pictures, in advertisements, in news articles, etc.  And we know that it is easier to hold an opinion about a single group of people who all look alike and who seem to act alike, and so when they utter verbiage about “banning firearms” or “sensible gun legislation,” they have a specific image in mind of who those individuals are.  But if they realized that the people they are talking about are also their neighbors, their hairdresser, their medical doctors, their attorneys, their childhood friend, their kids’ teachers, and so on, it becomes more difficult to try to generalize a broad sweeping statement to that entire population.

Thus, it encourages conversation.  For instance, one of my medical doctors I only saw with one lens:  I saw this person as a medical doctor, there to offer highly specific advice to me upon consultation.  But when this person showed up in one of my classes to educate themselves on firearms (we were both surprised!), I suddenly saw this person in a new light:  as a medical doctor, and as a gun owner.  These subtle shifts in how we perceive others can help break down barriers of discussion and encourage conversation.  The gun industry desperately needs more examples of this in the more “public” displays:  conventions, shows, and competitions.  If you are a majority group member who has diverse friends, please encourage them to come along with you.  Include them in your friend circle while at the range or at the competition.  See someone who is standing alone at a local event and doesn’t seem to know anyone?  Go make a friend.  Your single positive interaction can be the reason why they show up again, and again.  And if you are a female or minority group member, let me know the barriers that you feel keep you from competing alongside me.  I am exceptionally open to being inclusive and would love to see my newfound hobby/sport become very diverse!

Let’s be friends.
Be safe,
Meghan